The Impact of Solar Energy on Australia’s Environment and Economy 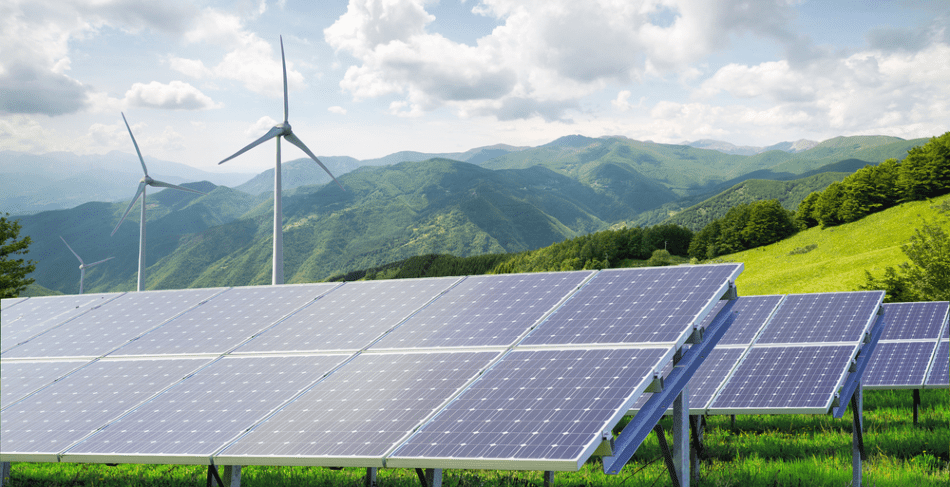 As you wake up in the morning, a bright light seeps into your room, and as you open the blinds, the sunlight warms your face. There’s nothing better than basking in the sun’s rays, isn’t there? We look forward to them during the cold and gloomy winters, and we soak in them once summer arrives.

The sun is undoubtedly a crucial part of our lives. But, it’s more than just a star that provides light and warmth—because of the sun, the Earth remains a  habitable planet so that we can continue to live our lives without worry.

The Sun’s Impact on the Earth

Nothing is more important to us than the sun!

To realise the full scope of its importance to life on our planet is almost impossible, as it has done so much to make living here possible. However, to think of what happens if it suddenly disappears is unimaginable.

Since the beginning of time, this massive yellow star at the centre of our solar system has had important influences on the Earth. The sun’s life-giving light and heat have illuminated our landscapes, warmed our seas, generated space weather, driven seasons and climates, and made plant life possible.

The Impact of Solar Energy

The light we receive from the sun is much greater than anyone would imagine. With a total of 173,000 terawatts (trillions of watts) of solar energy striking the Earth continuously, it amounts to more than 10,000 times the world’s energy use. Moreover, all of this energy is renewable for the sun’s lifetime, spanning billions of years.

With this powerful energy we’ve been receiving each day for the past millennia, you’d think that man would have made the most of it and turned it into something that can help sustain and improve human life on Earth. But, unfortunately, even though solar energy can meet humanity’s energy needs, not enough counties and communities use it.

Although the sun is already playing a pivotal role in making life on Earth possible, making the most of this golden opportunity by harnessing its solar energy can significantly benefit its economic growth and environment.

On Solar Energy and Australia

With the high levels of solar radiation and suitable land, Australia is easily one of the best countries for solar energy. Solar thermal energy could produce up to 60 per cent of the country’s on-grid electricity, decreasing our greenhouse gas emissions and reliance on fossil fuels.

Public polling by The Australia Institute last 2014 showed that solar is the most popular energy choice of the future, with 90 per cent of people ranking it within their top three preferences. The government most definitely heard what the people had to say, as Australia has become one of the leading solar power countries.

Last year, Australia installed its highest number of rooftop solar photovoltaic (PV) systems, now holding the record of having the highest uptake of solar globally. With 362,000 systems installed, one in four homes have residential solar panels installed on their roofs.

What Solar Energy Can Do for the Economy

Australia has indeed made the right choice in installing residential solar panels across the country. Investing in renewable energy such as solar power can greatly help the economy because:

Home solar panels save money. Australian homeowners can lower their utility bills by offsetting their electricity usage at home. Using solar PV systems when wholesale electricity prices are at their highest help reduce it.

They are more affordable. As solar energy becomes more important in Australian society, the prices of residential solar panels have become much cheaper. As a result, solar energy is becoming one of the most important energy sources in the country.

Solar panels create jobs. With the growing need for solar PV systems, the solar workforce also expands. Thanks to solar panels, several jobs are now available to support various families in different communities, which will benefit the local economy.

How the Environment Can Benefit From Solar Energy

Australia has sourced much of its electricity from coal and gas-fired power stations to provide energy to homes and businesses. This may have long been a reliable energy source, but it can have detrimental effects on the environment.

When coal burns, greenhouse gases are released into the atmosphere. The release of toxic airborne pollutants and heavy metals into the environment significantly contributes to global warming, a long term and irreversible effect that includes rising temperatures, accelerating sea levels, and growing risk of drought, heatwaves, and most of all, extinction.

We may not take back what we have done, but we can still change our fate! With solar energy, we could help the environment and preserve our life on Earth. By investing in renewable solar energy, the country can:

Keep forests and habitats healthy. Many energy production methods have greatly damaged local ecosystems. Local flora and fauna, including birds, have suffered from coal burning. However, through solar panels, they can have the chance to recover and flourish again.

Help with land usage. Unlike coal plants and hydro plants that require extensive land and water usage, solar systems don’t need the same land requirements they do. Since home solar panels only have to be installed on rooftops or remote areas, you only have to use as little land as possible.

Lessen the number of pollutants. No matter how many safety rules and precautions are in place, energy plants can still accidentally release gaseous and liquid contaminants into the environment, harming the ecosystem and the people in the community.

On the other hand, solar energy won’t release harmful toxins into the atmosphere, so both people and animals will remain safe in their communities and habitats.

With all of the drastic and rapid changes in the world today, it wouldn’t be an exaggeration to say that humanity is close to its end. But, with solar energy, there is hope! As long as you do your part in installing residential solar panels, you can help Australia’s economy and save the environment at the same time!

Are you interested in having home solar panels installed on your roof? Then, we’re the right people for the job! Our solar experts at Hybrid Energy Concepts are committed to providing the highest quality workmanship throughout your electrical and solar needs. Get a quote today!